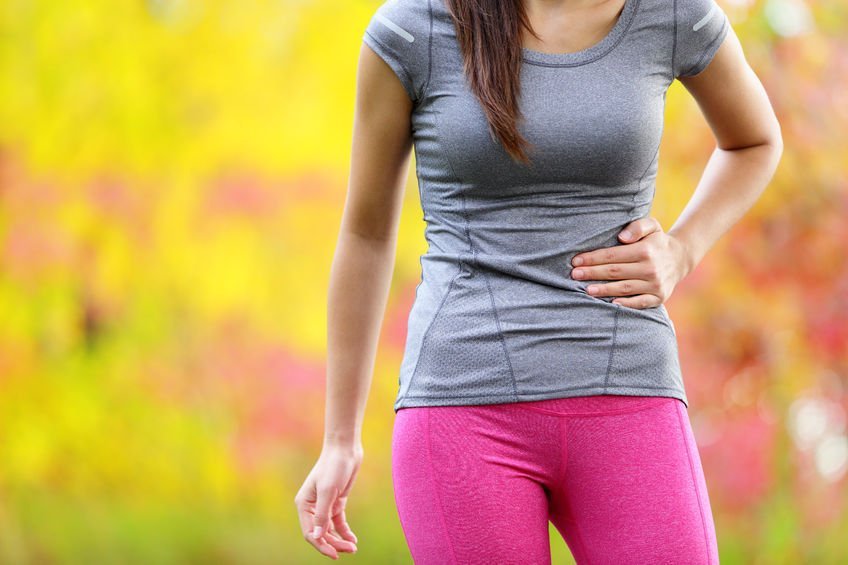 These are not really injuries but can be one of the most painful problems for an athlete during a race.

What is a Stitch?

What To Do About It

The best way to cope with a “stitch” is to control your breathing. If say you had a “stitch” on the right side then exhale when your left (opposite) foot contacts the ground in your running stride. This trick will work in the majority of runners. If the “stitch” is on the left side you can try doing the opposite but tend to be a bit more stubborn than those on the right side. Another method of resolving a “stitch” is to breathe twice as often yet take in smaller breaths or simply just try changing the rate of breathing in some way. Or you could try running faster or slower to alter the pat
tern of the up and down motion of running.

If you find that this becomes a chronic problem you should consider seeing a health care provider who has experience with athletes and diaphragmatic problems so that they can examine if there are other factors involved in causing the problem.