When Om Turns to ouch 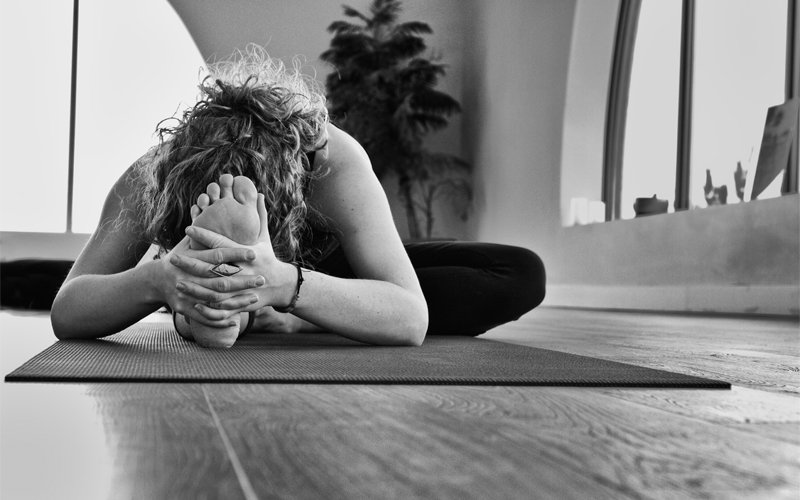 Headstand on Okanagan Lake, BC

We LOVE yoga! We have 6 practicing yogis in the clinic and professionally incorporate it into rehab routines. But some of our patients are concerned that they will get hurt practicing yoga. We asked the question “should we be promoting it as much as we are to improve the rehab / prehab process with our patients/ athletes?”

We decided to recruit medical librarian Deb Monkman to help us find out what the risks associated with Yoga are? The results of this search are a 3 part blog.

“Risky Business – How Scary is Yoga?”

The safety of yoga has been questioned by some respected yoga journals and reputable newspapers (4, 6), but really is it that dangerous? After an exhaustive few months searching for research into reported injuries caused by yoga, we have concluded that there isn’t much good research out there. The systematic review only found 35 better journal articles, But what did we find out was quite interesting.

Yoga by the numbers

15% of the American adult population reported practicing yoga (1) and 30 million people worldwide (2) and 14 million Americans have reported that they were recommended by their health practitioner to practice yoga (3). And the numbers are growing astronomically. In 1994 about 5 million people practiced yoga. In 2002 more than 10 million and by 2007 more than 13 million……guess its no fad(5).

Close to 9000 Americans reportedly received medical treatment for yoga-related injuries in 2004/2005 (US Consumer Product Safety Commission) which according to American Sports Data means there are approximately two yoga injuries reported for every 10 000 times its practiced. Not very scary when compared to the rates of injury in other sports.

A large proportion of the reported injuries were from three positions or asanas (9).

#1Headstand is the most cited injurious posture, followed by

#3 various positions of the Lotus pose were higher risk .

To conclude we found that Yoga really is not that scary when you consider that relatively few serious adverse events have been reported in healthy people compared to the number of people practicing. Yoga is safe and the benefits far outweigh the risks (7, 8).